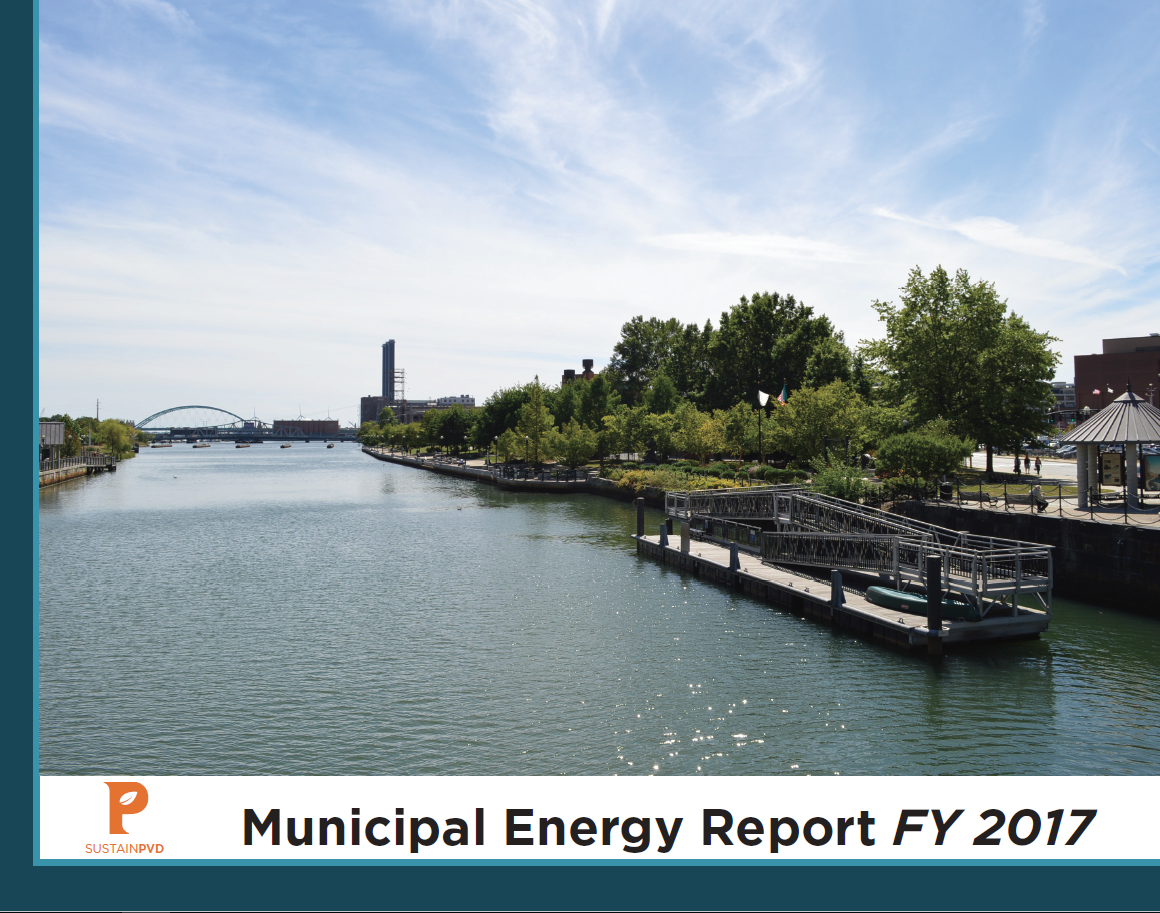 The Office of Sustainability published its third-annual municipal energy report, disclosing the City’s facility energy data in an effort to track progress towards the City’s energy goals, increase transparency, and lead by example.

“We are proud of our continued efforts to Lead by Example and share our energy data with the public,” said Leah Bamberger, Director of Sustainability. “Tracking our energy use is critical to ensuring we are making progress towards our goals and disclosing the information to the public holds us accountable to these commitments.”

The City’s facilities, including buildings and outdoor lighting, used 398,541 MBtu of energy in FY 2017 in the form of electricity, natural gas, and oil. Highlights from the report include: 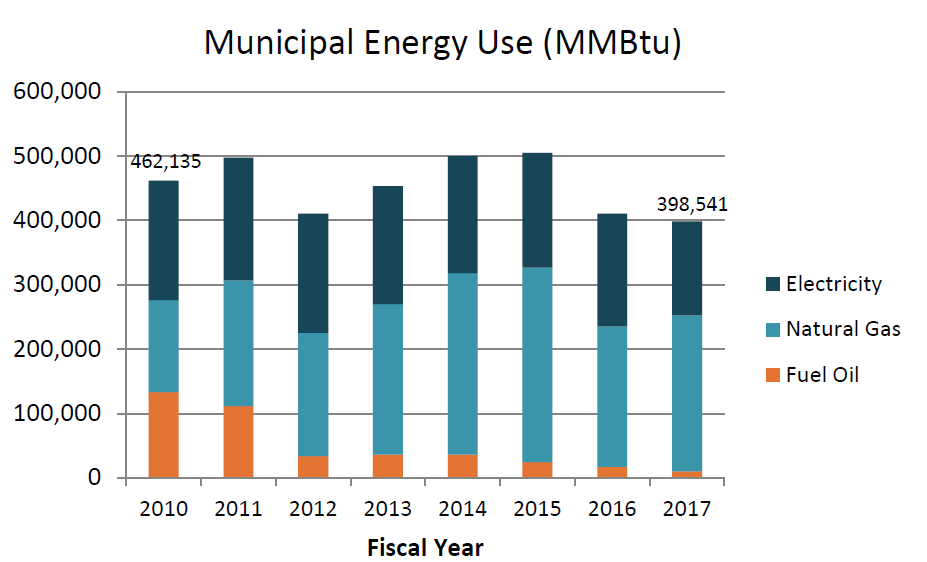 City of Providence’s electricity, natural gas, and fuel oil consumption, FY 2010 – FY 2017. In FY 2017, the total amount of energy used by all City facilities declined 15.5% from the previous three-year average.

The City of Providence has been benchmarking and monitoring its energy consumption as part of its fiscal and environmental agenda since 2010.  The Office of Sustainability uses the U.S. Environmental Protection Agency’s Energy Star Portfolio Manager to track all of the City’s electric, gas, oil, and water consumption. This data helps the City manage its energy consumption and identify opportunities for investment and savings. The information in this report summarizes the full dataset, which is available on the City’s Open Data Portal.