As-salaam alaykum
Welcome and Peace Be Unto You 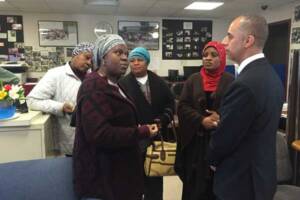 We welcome you to connect, learn more about and become part of our Muslim-American community. If you never met anyone Muslim or are not really sure about Islamic culture or traditions, we invite you to use this page to learn more and to connect with the local mosques or our Mayor’s Muslim American Liaison with any questions.

Ramadan Mubarak to the Muslim community. Wishing everyone a safe and happy month of Ramadan. Please reach out if you are in need of food, and/or resources.

How to get involved

To learn more or to get involved, you can reach out to any of the local mosques.

Learn more about the local mosques and institutions: https://www.ricma.org/mosques-institutions 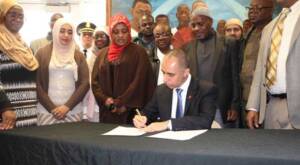 Formation of Muslim American Advisory Board

November 22, 2016, Mayor Jorge Elorza joined members of the Muslim-American community to sign an executive order creating the Muslim-American Advisory Board as part of an ongoing One Providence initiative aimed at protecting and serving every resident of the city regardless of race, ethnicity, national origin, gender identity, sexual orientation, political affiliation, religion, or disability.
The City of Providence is focused on promoting a compassionate and forward-thinking Providence. Mayor Elorza realizes that a society that reflects values such as equity, inclusion, and respect for the dignity of every individual that lives amongst us is paramount to the success of our community. 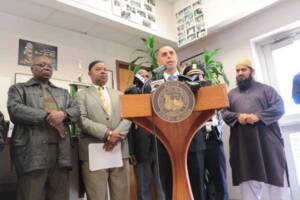 The Muslim-American Advisory Board officially sunset in March 2019. Upon the sunset of the Board, a recommendation was made for the City to appoint a Muslim-American Liaison to provide ongoing support to constituents in the Muslim community. 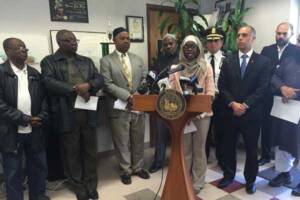 Monsurat Ottun grew up in the Muslim community in Providence and is looking to offer support to and a sense of connection with the local Muslim-American community.

Monsurat joined the City Solicitor’s Office in April 2018. Prior to joining the City Solicitor’s Office, she worked briefly for Rhode Island Legal Services handling domestic violence matters in Family Court. As an Assistant City Solicitor, Monsurat has represented the City in a broad range of civil and criminal litigation matters as well as contracts. She has also worked on open government inquiries relating to the Access to Public Records Act (APRA) and the Open Meetings Act (OMA). Currently, Monsurat is responsible for:


In addition to acting as Muslim American Liaison, Monsurat, among many other staff members, offers support to the Mayor’s African American Ambassador’s Group. 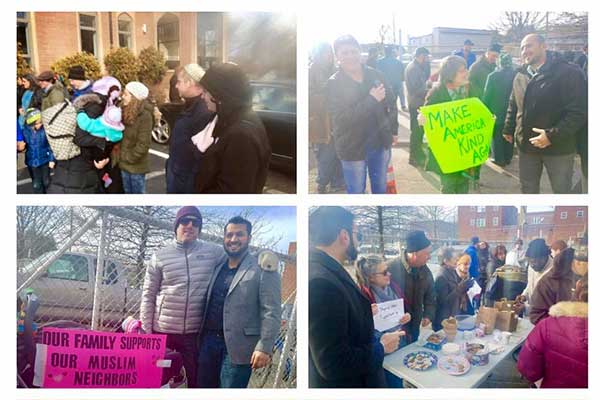