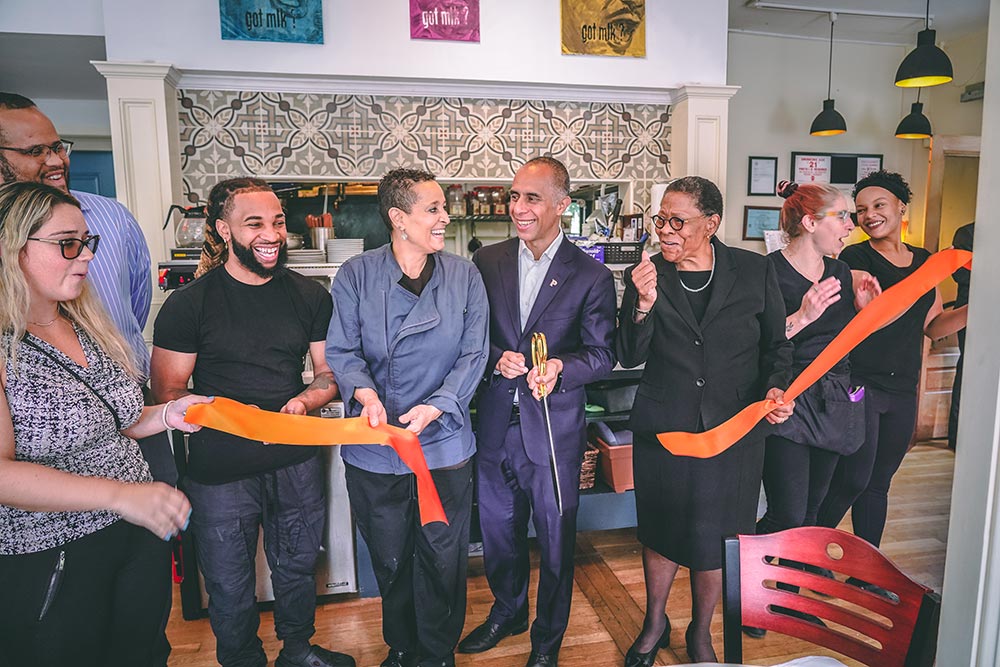 Providence’s 38th Mayor, Jorge O. Elorza has led with integrity, boldness and long-term thinking. Upon taking office, he empaneled the Ethics Commission for the first time in the city’s history and set course on addressing long-standing structural challenges that have held the city back.

Before Mayor Elorza submitted his first budget, the City faced more than a $13 million cumulative deficit. Working with partners in the public and private sector, Elorza developed a 10-year finance and infrastructure plan that has led to the City’s strongest fiscal position in decades and a data-driven investment of roughly $500 million in school buildings and city infrastructure throughout Providence.

As a product of the City’s public schools, Mayor Elorza knows that the school system can either be a force for social justice, or it can be a force of continued inequality. After years of marginal improvements and in an effort to create real generational change for students and families, Mayor Elorza called for a transformation of the City’s under-performing school district. He took the bold and unprecedented step to bring in the Rhode Island Department of Education to take over the city’s schools and to invoke their additional legislative powers to turn around our schools. He has set a goal of achieving universal Pre-K, supports high-performing charter schools, and he actively partners with the school department and youth providers on in- and out-of-school learning.

Mayor Elorza has been a strong advocate for economic growth and has sought to ensure that every resident will be a part of the City’s progress. During his time in office, he has actively facilitated more development in every neighborhood of Providence than the City has experienced in a generation. He has prioritized small businesses by completely eliminating tangible taxes for over 2,600 businesses and relaunched the previously defunct Providence Business Loan Fund. Mayor Elorza has supported entrepreneurs by creating the PVD Self-Employment program and by expanding the number of minority- and women-owned businesses that do business with the City.

Under Mayor Elorza’s leadership, the City produced a nationally-acclaimed Climate Justice Plan that centers the voices of frontline communities and sets the City on the path to carbon neutrality by 2050. During his administration, the City has become a global leader in promoting the voices of frontline communities of color most affected by climate change and providing them with the opportunity to shape and influence the City’s climate policies. Mayor Elorza’s commitment to climate justice continues as he has overseen a complete overhaul of Providence’s public parks and he launched the Great Streets initiative to ensure that streets are safe and welcoming for all users and abilities. Whether it is leading on sustainability or on improving basic city services, Providence continues on the forefront of municipal innovation.

Having grown up in one of Providence’s poorest and overlooked neighborhoods, Mayor Elorza is positioning Providence as a national model of inclusion and equity. In 2020, he signed a community-driven executive order which launched a “Truth, Reconciliation, and Reparations” process that seeks to heal deep wounds and bring our city together. He has created an African American Ambassador Group which amplifies the voices of the Black community and has created a forum for them to shape and set city policies.

Born and raised in Providence, Mayor Elorza is a graduate of Classical High school, the University of Rhode Island, and Harvard Law School. Prior to being elected Mayor, he was a Legal Aid attorney, he served as a Providence Housing Court Judge, and he co-founded the Latino Policy Institute while he served as a professor at Roger Williams University School of Law. Mayor Elorza lives with his wife, Stephanie, and his son, Omar, in the Silver Lake neighborhood.