PROVIDENCE, RI – Today, Mayor Jorge Elorza and City Council President John Igliozzi presented a check for $1.5 million to the executive director of the Roger Williams Park Zoo. The money is part of the larger $124 million American Rescue Plan Act (ARPA) budget passed by the council and signed into law by the mayor earlier this year that funds significant long-term investments across the city following the COVID-19 pandemic. After a long absence, zoo officials say the funding will help bring a penguin exhibit back to the zoo.

“Our tourism destinations were severely impacted by the pandemic, and often, that lost revenue means that needed improvements and exciting projects have been put on hold,” said Mayor Jorge O. Elorza. “The Roger Williams Park Zoo is one of our city’s most beloved destinations, and the City is proud to have helped to allocate funds to support these projects that will help the Zoo to not only recover from the pandemic, but leap forward into future successes.”

“We want to express our gratitude to the Providence City Council and Council President Igliozzi, Mayor Elorza, and the city administration for their tireless support of the Roger Williams Park Zoo,” said Stacey Johnson, executive director of RWP Zoo. “The entire Rhode Island community will be as excited as we are when the new penguin exhibit opens because of these efforts. The penguins left the zoo a decade ago, and we look forward to them returning and making a huge splash in Providence!”

“Roger Williams Park Zoo is a Providence institution that attracts visitors far beyond our city and state limits,” added Council President John J. Igliozzi (Ward 7). “The pandemic financially crushed many businesses and forced others to make difficult decisions to keep the lights on. These funds will go toward what the Zoo does best – educating and inspiring our children and all of us.”

Roger Williams Park Zoo was founded in 1872 and is the third oldest zoo in the United States. 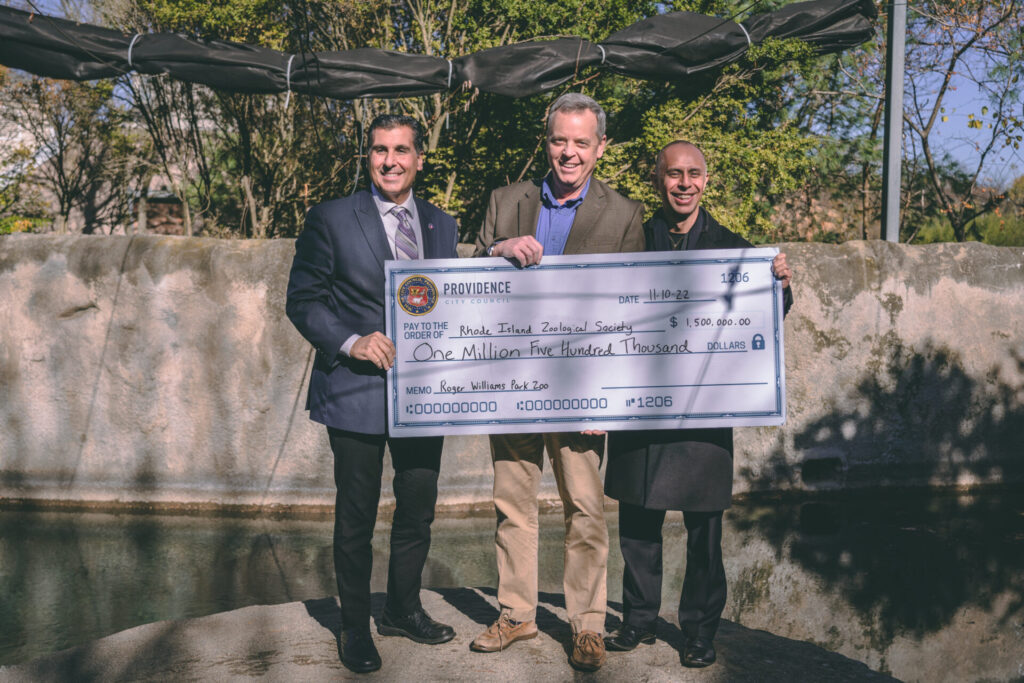