“Ed Cooley is a great example of what leadership, hard work and dedication looks like,” said Mayor Elorza. “In addition to being one of the most respected NCAA coaches in the nation, Coach Cooley has been a great influence, leader and friend to our community. It is my pleasure to celebrate his accomplishments today and present him with a Key to the City of Providence.”

“The South Providence and Central High School Family are proud of Alumnus and Providence College Head Coach Ed Cooley,” said former Rhode Island State Senator and Central High School Boys’ Basketball Coach Harold Metts. “His love for people and family, the way he turns life’s challenges into opportunities, how he embraces the true concept of the student athlete, pays it forward, teaches and guides young men is amazing. We thank God for what he means to our community!”

“Coach Cooley likes to say he’s just a guy from South Providence, but for our students he is so much more,” said Providence Public Schools Superintendent Dr. Javier Montañez. “He is a powerful reminder to our kids that they can succeed by working hard, being prepared, never giving up, and showing gratitude. It’s always exciting to have someone with Coach Cooley’s deep community roots speak with our students and show them what’s possible.”

The 2022 season for the Providence Friars was historic and inspiring. For the first time since 1997, the Providence Friars made it to the NCAA Tournament’s Sweet 16 and ultimately ended the season as a No. 4 seed, the highest seed the team has achieved. Additionally, Coach Ed Cooley was recognized nationally as the Naismith Coach of the Year and Big East Coach of the Year, becoming the first Friar coach to receive the honor.

“Having grown up in Providence, I have so much passion and love for this City,” Providence College Men’s Basketball Head Coach Ed Cooley said. “I appreciate Mayor Elorza and the City officials for recognizing our team and all its achievements this season with the Key to the City.  It was a special season and I am thankful for how the City of Providence and the State of Rhode Island supported the Friars.  That is what makes the Dunk’ such a special home court for us!” 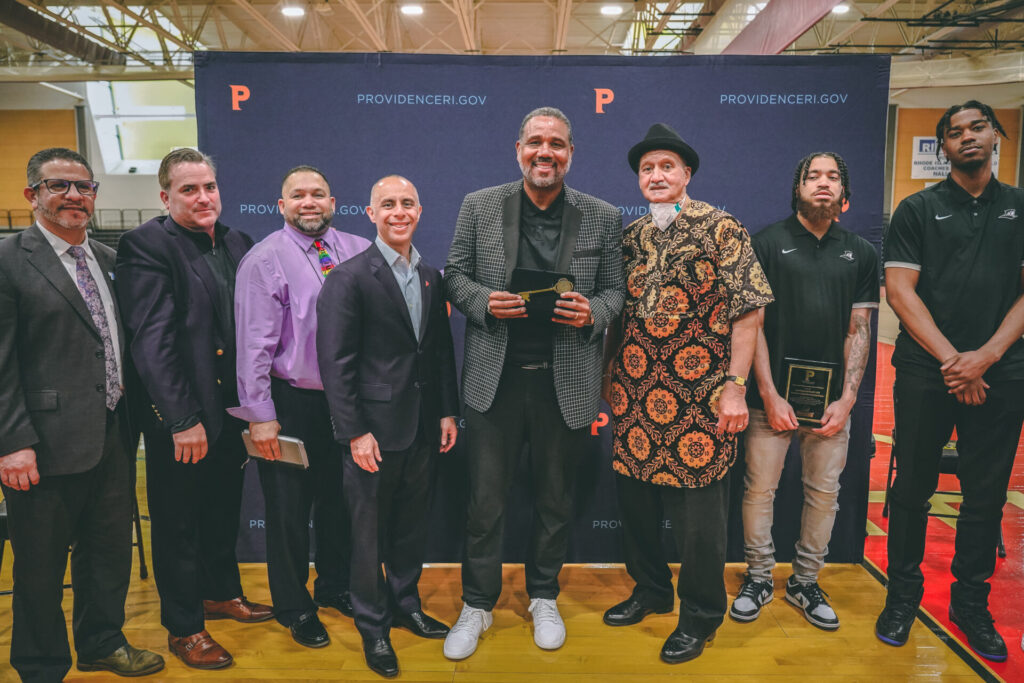