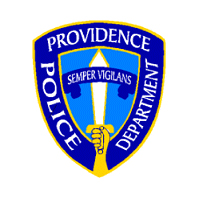 Mayor Elorza, Commissioner Paré and Colonel Clements today announce the arrest of 30 individuals in connection to a ten-month drug trafficking investigation, dubbed “Operation Stop the Flow,” which dismantled a large-scale heroin and fentanyl distribution organization. In furtherance of their investigation, police requested authorization from the Rhode Island Superior Court for a Court Order allowing the Rhode Island Attorney General’s office to assist the PPD Intelligence Bureau to intercept communication between the leader of the organization and the two individuals who worked directly under his supervision, as the main distributors.

Over the past two months, police have worked incessantly to intercept communication between the group and have conducted hundreds of hours of surveillance. Through their investigation, Detective Joe Black was able to secure thirteen search warrants and thirty-six arrest warrants. Currently, police have apprehended thirty out of the Thirty-six, twenty-four from Fall River, MA and six from Providence. The top three individuals organizing the operation are among those who have already been apprehended.

Johan Jimenez, age 26 of Providence, Mario Hernandez, age 28 of Cranston and Yosiel Rondon Vargas, age 19 of Providence were all charged with multiple drug and conspiracy charges. Jimenez was also charged with possession of a firearm while committing a crime of violence and all three had warrants for their arrest. During the investigation police seized over one kilogram of heroin/fentanyl, $65,000 U.S. Currency, a 9 millimeter Walther PPX semi-automatic firearm with live rounds, and other drug and firearm paraphernalia as well as other high-end items that were discovered during house searches.

“This operation was instrumental in taking down a large-scale, extremely elusive drug trafficking organization,” said Colonel Clements. “I commend Sergeant Ludovici and the members of his bureau who worked endless hours investigating this case and for going above and beyond in their efforts to ensure that these drugs and criminals were taken off the streets. With the heroin epidemic continuing to be on the rise, the dismantling of organizations like this one is critical in order to curb overdoses and death of those who abuse these lethal narcotics”