Providence Police Detectives are seeking information from the public to assist in the identification of the subject(s) responsible for recent larcenies that occurred at the Rhode Island Irish Famine Memorial, located at 100 Dyer Street.

Anyone with information on the above incidents or subject(s) responsible is asked to contact Providence Police Detective Sergeant William Dwyer at (401) 243-6380 or . 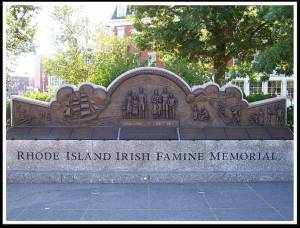 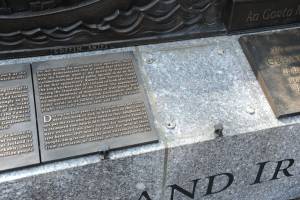 Photos of the memorial prior to the plaques being stolen and after the first plaque was stolen.