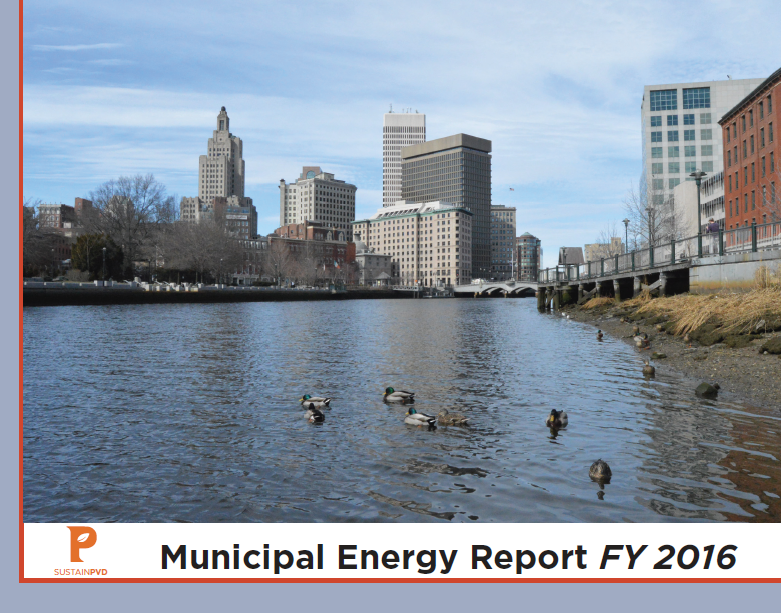 The City of Providence released its second annual Municipal Energy Report for the 2016 Fiscal Year. The Report discloses the City’s energy data in an effort to track progress towards the City’s energy goals, increase transparency, and lead by example. The City’s 2014 Sustainable Providence plan set a goal to reduce energy consumption 30 percent by 2030. Measuring and monitoring our consumption by benchmarking buildings is an important first step to achieving this goal.

The City of Providence has been benchmarking and monitoring its energy consumption as part of its fiscal and environmental agenda since 2010. This FY 2016 report marks the second annual municipal energy report released by the Office of Sustainability. The data in this report helps the City manage its energy consumption and identify opportunities for investment and savings. The full dataset is available on the City’s Open Data Portal.

The City’s facilities, including buildings and outdoor lighting, used 409,821 MBtu2 of energy in FY 2016 in the form of electricity, natural gas, and oil. Highlights from the report include: