Music in the Planetarium 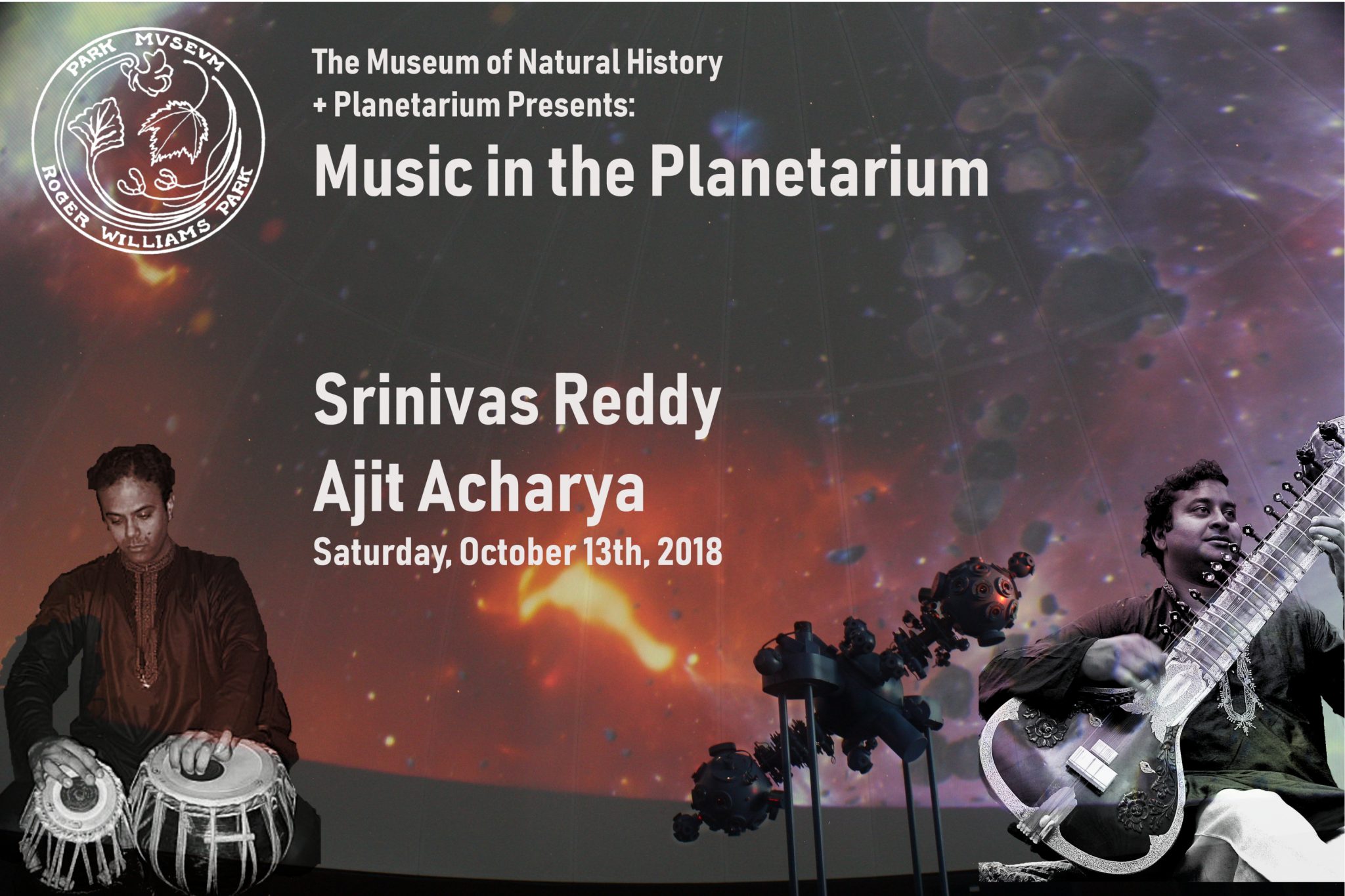 Saturday, October 13, 2018
Join us for an evening of music in the planetarium! This concert will feature Srinivas Reddy and Ajit Acharya performing sitar and tabla in the North Indian classical tradition, a musical practice deeply rooted in the close observation of the natural world.

There will be two 30-minute performances, one at 6:00 PM and one at 7:00 PM, with a short Q+A after each performance. Doors to the museum open at 5:30 PM. Price is $3 per person and includes museum admission. Early arrival is suggested as tickets will be sold first-come, first-served on the evening of the performances. Children under age 4 are not permitted in the planetarium.

SRINIVAS REDDY
Srinivas is a scholar, translator and musician. He studied classical sitar in the traditional guru-shishya style with Sri Partha Chatterjee, a direct disciple of the late sitar maestro Pandit Nikhil Banerjee, and also trained in classical South Asian languages and literature at Brown University and UC Berkeley. He has released three independent CDs and published three books of translations with Penguin Books. Srinivas is a Visiting Professor of Religious Studies and Contemplative Studies at Brown University. He lives in Rhode Island and spends his time performing, teaching and conducting research around the world. www.srinivasreddy.org

AJIT ACHARYA
New England-based tabla player Ajit Acharya began his training under the tutelage of Sri Sheshagiri Rao of Bangalore, India. He also studied extensively with Dr. Rajan Sachdeva, one of the most respected and prolific Indian music teachers in the midwest. His tabla apprenticeship continues under the guidance of Pandit Samar Saha of the Benares gharana (or style) of tabla. Ajit has accompanied instrumentalists, vocalists and dancers. He has also given workshops all over the country and performed extensively with fusion, jazz and experimental musicians.