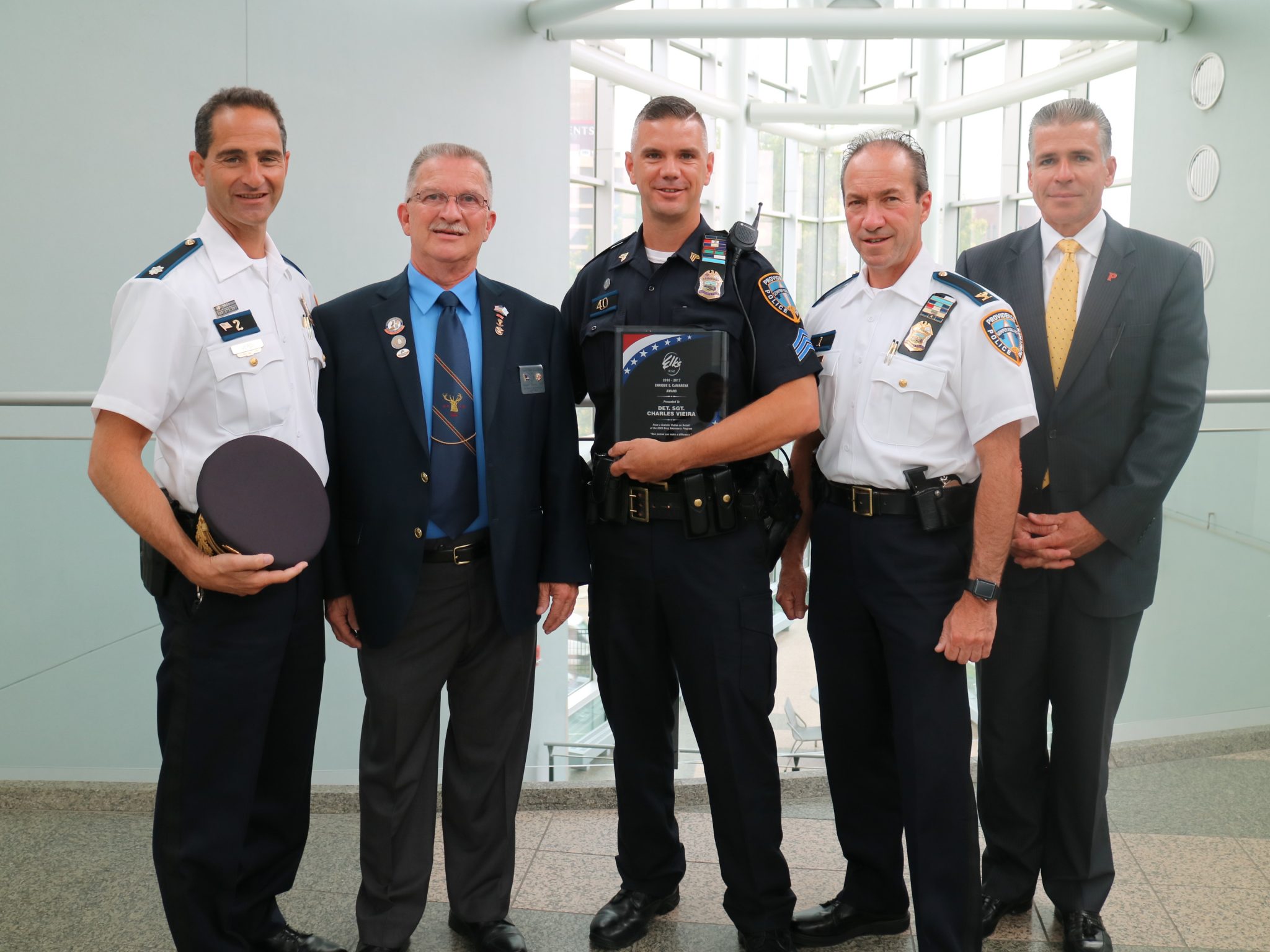 Special Agent Enrique Camarena was an 11-year veteran of the DEA who was murdered by the Mexican drug cartel while investigating drug trafficking into the United States. He was brutally tortured and killed in 1985. Camarena also served as a firefighter, a criminal investigator and a narcotics officer. This award was established by the Benevolent and Protective Order of Elks to recognize and honor law enforcement officers who have made a significant contribution in the field of drug prevention and who personify Agent Camarena’s belief that one person can make a difference.

Sergeant Vieira was nominated by Colonel Clements and is the recipient out of Rhode Island, making him a nominee for the national award.  Vieira is a 14-year veteran of the Providence Police Department and served for a total of six years in the Narcotics Bureau, until his promotion to the rank of Sergeant in 2016.  Vieira earned a Bachelor’s Degree in Criminal Justice from Salve Regina University and is currently completing a Master’s Degree in Criminal Justice from Boston University.  He has had a distinguished career in law enforcement and has been instrumental in numerous narcotics and firearms investigations that have resulted in removing dangerous career criminals off the streets. PPD Sergeant Matthew Jennette, who was the 2016 recipient of Camarena Award, was Sergeant Vieira’s partner during some of their time working in the Narcotics Bureau.

Vieira is the recipient of the Providence Police Department Commendation Board’s most prestigious honor, the Rhea Archambault Award, 2st Place. Additionally, Sergeant Vieira has received numerous awards and commendations throughout his career, including the Commissioner’s Award.

“Sergeant Vieira has shown great dedication to this department and is a well-respected, seasoned veteran who continues to serve the City with pride and honor in his current capacity as a Sergeant in the uniform division,” said Colonel Hugh T. Clements, Jr. “I congratulate Chip on his outstanding police work that led to him receive this award and I thank the RI Elks Association for highlighting the performance of our Narcotics Bureau, which at times can go unnoticed.”