Providence, RI:  On January 23rd at approximately 2026 hours, Providence Police Task Force Investigators Brian Murphy and Robert Foley were patrolling in the Hillhurst Avenue area when they observed a vehicle operating at a high rate of speed and directed towards their police cruiser. As the vehicle continued driving towards police, officers recognized two of the occupants of the vehicle and identified them as Malick Santos and Alkhalil Sirleaf. The driver of the vehicle proceeded to quickly veer to the side of the road, slamming on the breaks, and then operated the vehicle in a reverse direction, finally coming to a stop in the middle of the street. As police approached the vehicle they observed Sirleaf immediately place a small silver object in between the passenger seat and center console.

Investigator Foley removed Sirleaf from the vehicle and seized a Smith & Wesson 38. Santos fled on foot while officers attempted to detain him and Investigator Murphy immediately pursued him on foot. The chase continued through Hauxhurst Street, towards Pocasset Avenue where Investigator Murphy detained him. During the chase, police observed Santos to throw a black and silver firearm under a red van. Investigator David Impagliazzo responded to the scene to assist and Santos was placed in a marked police cruiser for officer safety. Investigator Murphy then seized a silver and black Smith & Wesson SD40 from underneath the van. The firearm was later determined to be actively stolen out of Providence.

“This is an excellent arrest by the Providence Police, including the patrol units who immediately jumped into action to assist the Task Force,” said Colonel Hugh T. Clements, Jr. “We will continue to target individuals who are apt to engage in gun violence within our community and work tirelessly to rid the streets of illegal firearms.” 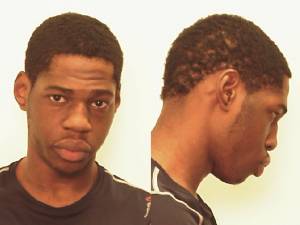 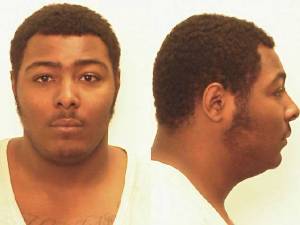