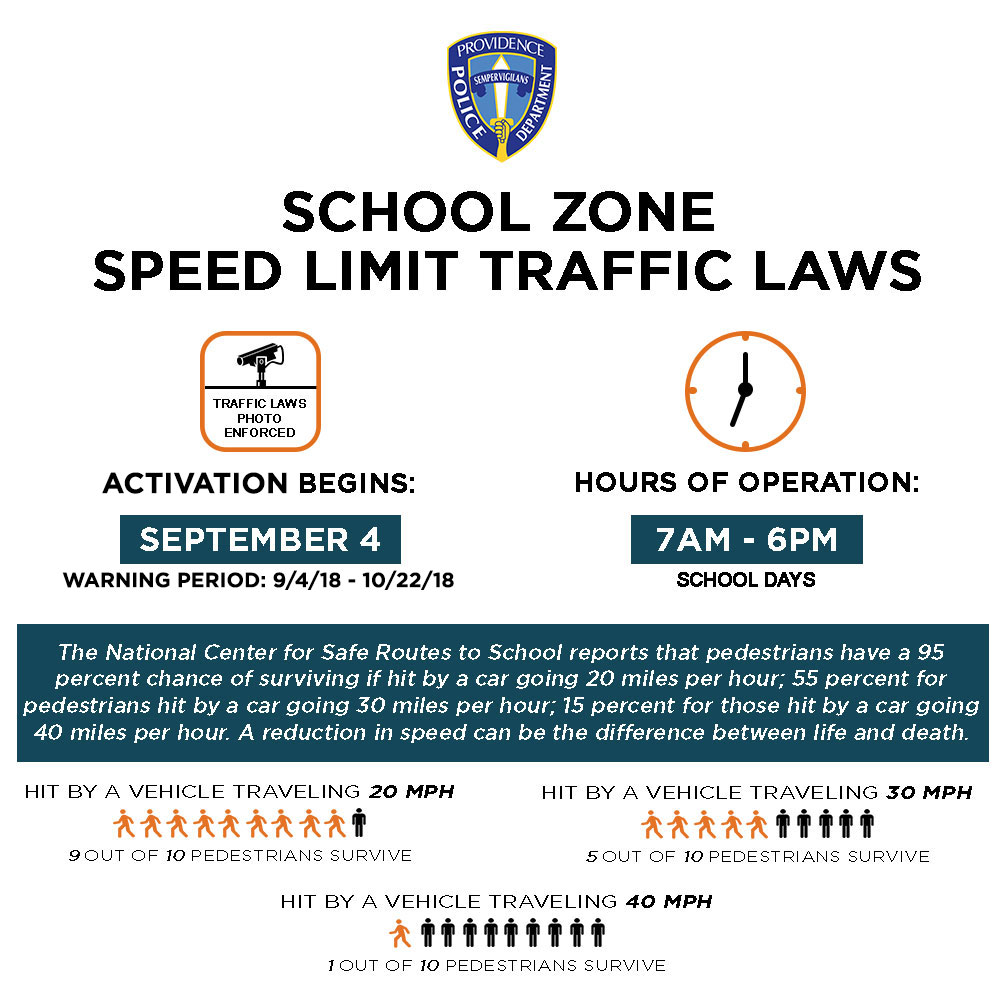 PROVIDENCE, RI- The City of Providence announced the locations of the 15 Portable Camera Units (PCU’s) that will be operational in school zones throughout the City beginning September 4, 2018. The PCU’s, or speed cameras, are used to enforce speed limit violations and increase public safety measures for both pedestrians and drivers.

These cameras began operating in January of this year, starting with five (5) locations, and increasing to ten (10) in March 2018. Cameras are rotated based on the number of violations that are issued and placed in areas with problematic traffic and speed concerns. Cameras are operational on all school days, Monday through Friday and will be enforcing the posted speed limit from 7:00 a.m. to 6:00 p.m. starting on September 4th. Warnings will be issued to violators for the first 30 school days, beginning on September 4th and fines will begin being issued on October 23rd.

If a vehicle is determined by the PCU to be operating 11MPH or more over the speed limit, a violation will automatically be issued. The violation will then be reviewed by Providence Police Officers and Conduent, an outside vendor who manages and maintains the cameras.  Once the violation is reviewed for accuracy and the information is verified, it is then mailed to the offender for payment. The first and each subsequent fine is $50.00.

A reduction in speed can be the difference between life and death.