The mission of the Department of Sustainability, also known as SustainPVD, is to create an equitable, low-carbon, and climate resilient future for Providence. With leadership from the Racial and Environmental Justice Committee, the city has prioritized centering racial equity in this work, demonstrated by the launch of the Equity in Sustainability Initiative in 2016 and the release of the Climate Justice Plan in 2019. The city’s first comprehensive sustainability action plan, Sustainable Providence, was released in 2014. The Office is advised by a community-led group, the Sustainability Commission, which holds monthly public meetings. Sign up to receive our monthly newsletter and follow us on Facebook and Twitter for the latest SustainPVD news. 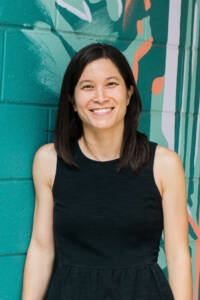 Emily was appointed as the Director of Sustainability at the beginning of 2022. She is thrilled to be leading the office, 10 years since it was established and (exactly) 10 years since she served as a Mayoral Fellow in the office in the summer of 2012. As Director, Emily is committed to fostering a shared sense of purpose and urgency both in addressing the climate crisis and in creating a fuller understanding of anti-racism and collaborative governance in our day-to-day work.

She grew up in the Rio Grande Valley of Texas, identifies as hapa, and came to Providence to attend Brown, where she graduated with a B.A. in Environmental Studies. She has called the city and community of Providence home since, minus the year spent living and working in Vientiane, Laos. Her recent nonprofit experience spans the areas of affordable housing, urban agriculture, renewable energy, and land conservation. She serves on a range of non-profit boards.

Emily enjoys rock climbing, playing volleyball, learning Spanish, fair-weather bike commuting, and hanging out with her husband, Sam, and dog, Savannah. She is a new homeowner in the Summit neighborhood of Providence. 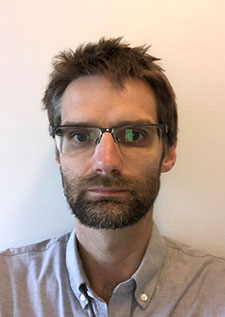 Kevin Proft has a long history of work in the field of sustainability. Upon moving to Providence in 2011, Kevin began working with ecoRI News as an environmental writer and helped the organization start Providence’s first curbside compost collection service. Kevin earned a Masters in Environmental Science and Management from URI in 2018, with a focus on community planning. He worked as a planner for Middletown and Woonsocket from 2018-2022, centering sustainability and equity in his work. Kevin is looking forward to working with his colleagues in the sustainability office and the city’s community groups to advance projects that make a tangible difference in people’s lives, especially in frontline communities that are most impacted by climate change and associated pollution. Kevin is a husband and dad and enjoys building Legos with his son. 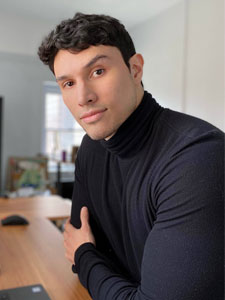 Elder González Trejo, who hails from Guatemala, grew up immersed in the rich and diverse communities of Providence. Elder was an inquisitive child with a strong connection to nature. His growing interest led him to the University of Rhode Island where he earned a B.S. in Environmental Science with a focus in Wildlife Conservation. He was later awarded the Coastal and Environmental Fellowship for his research on the effects of habitat loss and its impact on the declining Eastern Towhee (Pipilo erythrophthalmus) population.

In 2014 he traveled to rural Guatemala and participated in a humanitarian mission to reduce disease transmission as a result of the feral canine population. When granted the opportunity to continue his work as a Wildlife Biologist, Elder relocated across the country and settled in California. He credits his time spent in the Bay Area for his decision to integrate his environmental work with his growing passion for social justice.

Since his return, he’s been active in serving his community as a member of various social and environmental equity boards/commissions, through his work as Director of Community Programs for the Woonasquatucket River Watershed Council and now as a our Sustainability Policy Associate of the Department of Sustainability for the City of Providence. 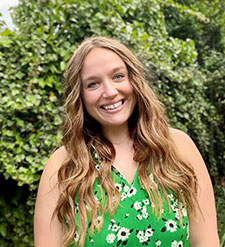 Julia grew up outside Philadelphia, went back to school two years ago and graduated from Rhode Island College with her BS in Public Health and also holds a BA in Communications from King’s College in Wilkes-Barre, PA. Julia’s enthusiasm for wanting to work in environmental health and sustainability came from her strong interest in health equity and witnessing her Dad love his work in environmental science.

Ten years ago, Julia moved to Rhode Island with her now husband and grew to feel like the ocean state was home. Prior to working in sustainability, she got to meet most of Providence managing the Seven Stars Bakery on Broadway and building a statewide wholesale market for Knead Doughnuts. Julia is a proud dog mom who loves weightlifting, playing vinyl records, bird watching, watching all the sports, and spending as much time with her family and friends as possible! 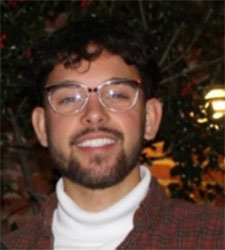 John’s passion for clean energy and energy efficiency stemmed in the Fall of 2019 where he was fortunate enough to study abroad in San Jose, Costa Rica. It was there when he was able to see sustainable development and renewable energy at large scale and the benefits that went along with it. John plans to graduate in the Spring of 2023 from the University of Rhode Island with a B.S in Environmental Economics and a minor in Data Science. At URI, John is a member of the Men’s Club Soccer Team and the Energy Fellows. He currently resides in South Kingstown, RI.