Pesticides and Your Health 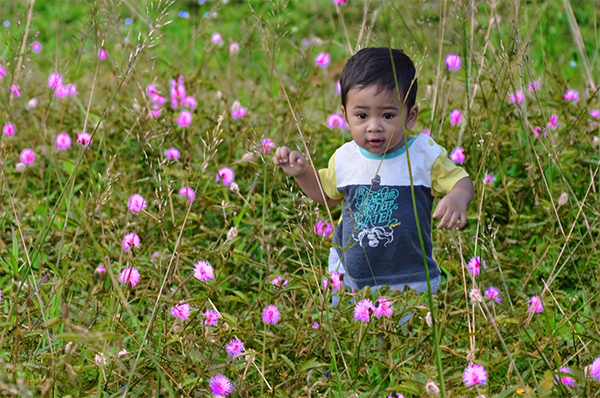 Before reaching for pesticides for your lawn, garden or home, consider the potential negative health impacts of such chemicals — on human health, on pets and other animals, on pollinators, other beneficial insects and birds, and on our waterways.

The use of lawn, yard, and garden products containing pesticides can expose humans to a number of different toxins. The risk of health problems depends on how toxic the ingredients are, the amount of exposure to the product, and the duration and route of exposure. Potential methods of exposure include contact with the skin, ingestion, or inhalation.

Children especially are at an elevated risk of health consequences from exposure because their immune systems are not yet fully developed. Additionally, adults that regularly work with harmful pesticides, such as those in the landscaping and agricultural fields, can be negatively impacted due to repeated, long-term exposure to these toxic chemicals.

There are many kinds of harmful chemicals found in pesticides, but the three most widely used are: chlorpyrifos, neonicotinoids, and glyphosate.

Chlorpyrifos is an insecticide used to control common lawn and garden pests like grubs, ants, and mosquitos. It is generally sold in spray, liquid, or powder form, but it may also be applied to fences and decking to prevent ant and termite damage. Chlorpyrifos has been banned for indoor use for years, due to its high level of risk for human health disorders. Prenatal exposures to this chemical are associated with low birth weight, reduced IQ, loss of working memory, attention deficit disorders and delayed motor development. Exposure can cause immediate and long-term neurological and cognitive health harms to children, farmers, farmworkers and others who are exposed.

Neonicotinoids are a class of chemical insecticides that are generally applied to agricultural crops and seeds. While the harms that they cause to pollinators like bees and birds are well documented, studies have found that they are also associated with a number of negative human health risks. While more research needs to be conducted, early studies have found that exposure to neonicotinoids can cause nervous system impairments like tremors and memory loss.

Glyphosate is an herbicide also known as “Round-Up.” In 2015, the UN World Health Organization’s International Agency on Research on Cancer determined that it is a “probable carcinogen to humans.” In 2019, the U.S. Agency for Toxic Substances and Disease Registry released its own draft Toxicological Profile for Glyphosate which affirmed the WHO’s assessment. Recent studies have concluded that long-term exposure to the chemical increases the risk of developing certain cancers, in particular non-Hodgkins lymphoma.

More research needs to be done on the effect of chemicals used in pesticides on human health, however, consumers can still reduce their risk of being exposed to toxic (or potentially-toxic) chemicals by choosing alternative products made with ingredients that are not harmful to human health.

Effects on Pets and Other Animals

In addition to human health impacts, pets and other animals area also at risk for pesticide exposure. Studies have linked use of lawn care chemicals to an increased chance of canine lymphoma in dogs. Non-human mammals are most commonly affected by pesticide exposure indirectly through water contamination and runoff or as the result of consuming prey that has been contaminated or exposed to pesticides. Rodenticides can lead to poisoning and death of owls, cats, dogs, weasels and countless other mammal species through secondary poisoning. Pesticide runoff can negatively affect aquatic species as well.

As mentioned above, neonicotinoids are believed to be a major contributor to the decline of pollinators and other beneficial insects and have had detrimental effects on bird, bat and amphibian populations. Since 2006, honeybee populations have decreased 29-36% a year, with many researchers linking pesticide exposure to honey bee population decline and colony collapse disorder. 672 million birds are exposed to pesticides annually, and around 10% of these birds will die from the exposure.A single kernel of corn coated in a neonicotinoid is enough to kill a songbird.

The National Water-Quality Assessment Program completed a decade of water-quality assessments spanning 1992-2001 in 51 major water systems across the United States. Pesticides were found in one or more water samples from every stream sampled, more than 90% of the time. Pesticides that leach into soil, as well as surface water and groundwater sources, can lead to off-target contamination.