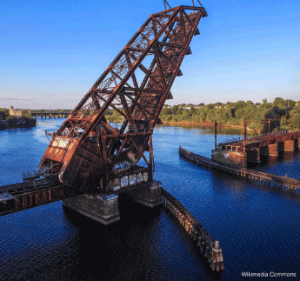 The Crook Point Bascule Bridge is a steel railway drawbridge that once connected Providence’s Fox Point neighborhood to the City of East Providence across the Seekonk River. The bridge—which is also referred to as the Seekonk River Drawbridge or Crook Point Bridge—is currently unused and fixed in the upright position. Since 1976, when the bridge and tunnel were abandoned, Providence residents and vis­itors have been fascinated by the bridge, as a symbol of Providence’s industrial past and as a sculptural element of the city’s skyline.

Out of the nearly 80 proposals received from around the world, five teams were awarded $1,000 each and asked to submit more detailed ideas. Community members are encouraged to review the five semi-finalists’ design proposals (see below) and submit feedback. This public comment will help inform the jury’s selection of a winning team. Comments will be accepted via the form below until Tuesday, April 6 at 11:59 PM. In May 2021, one winning team will be announced and receive $10,000 upon award.

The five finalists are: 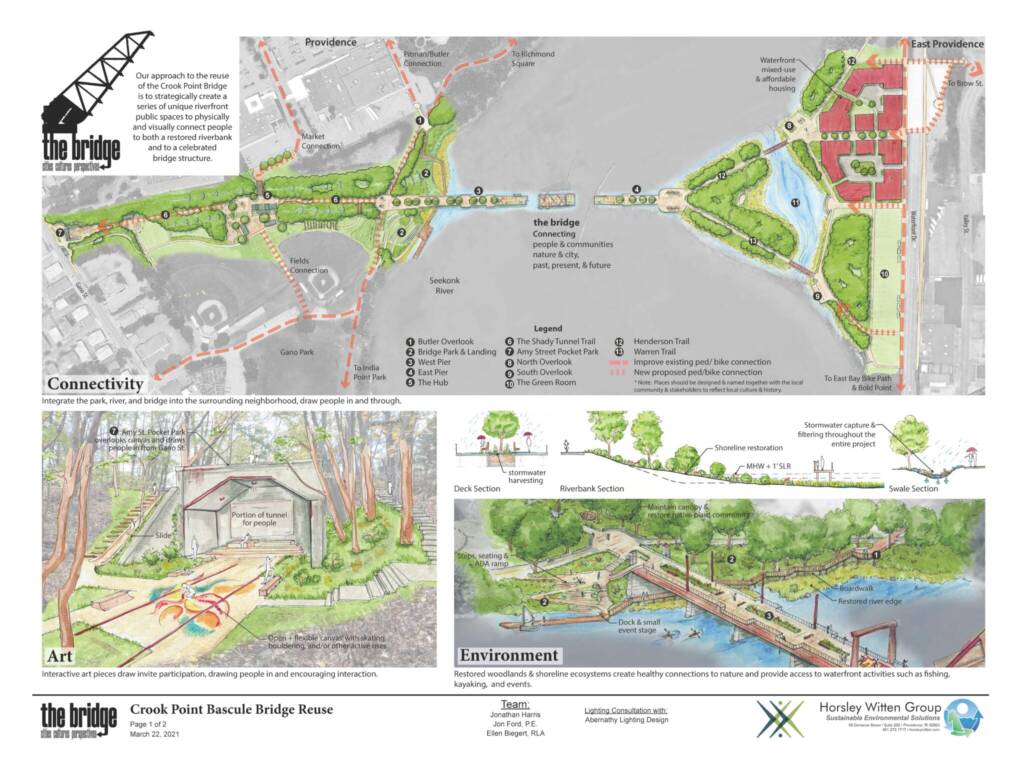 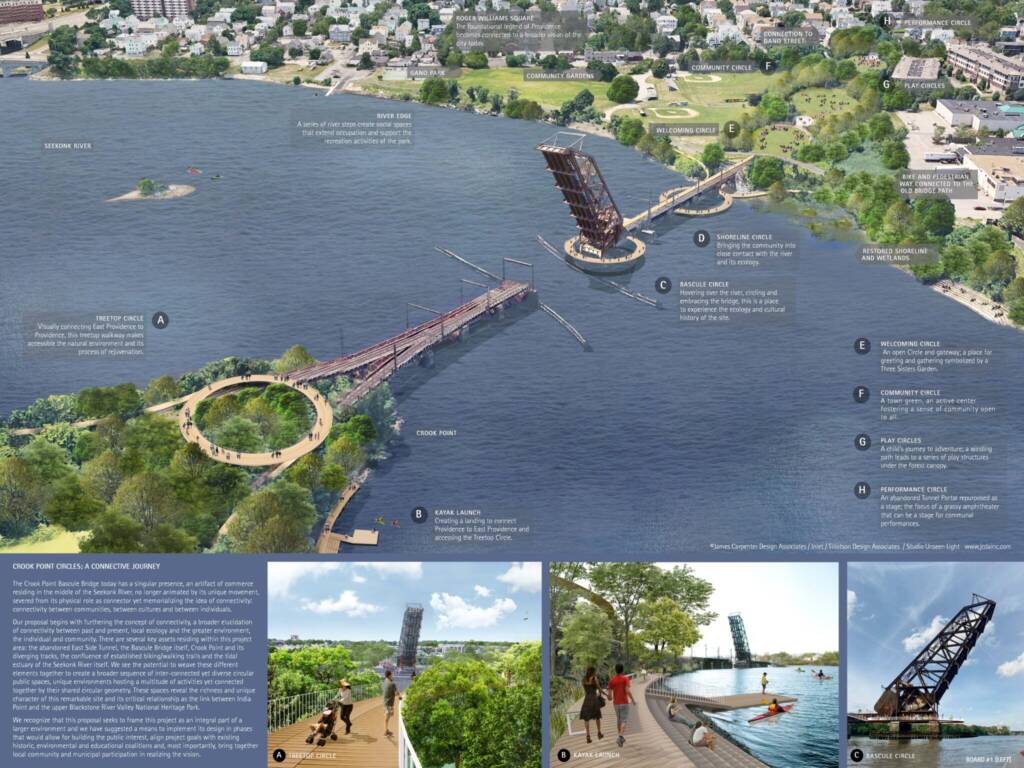 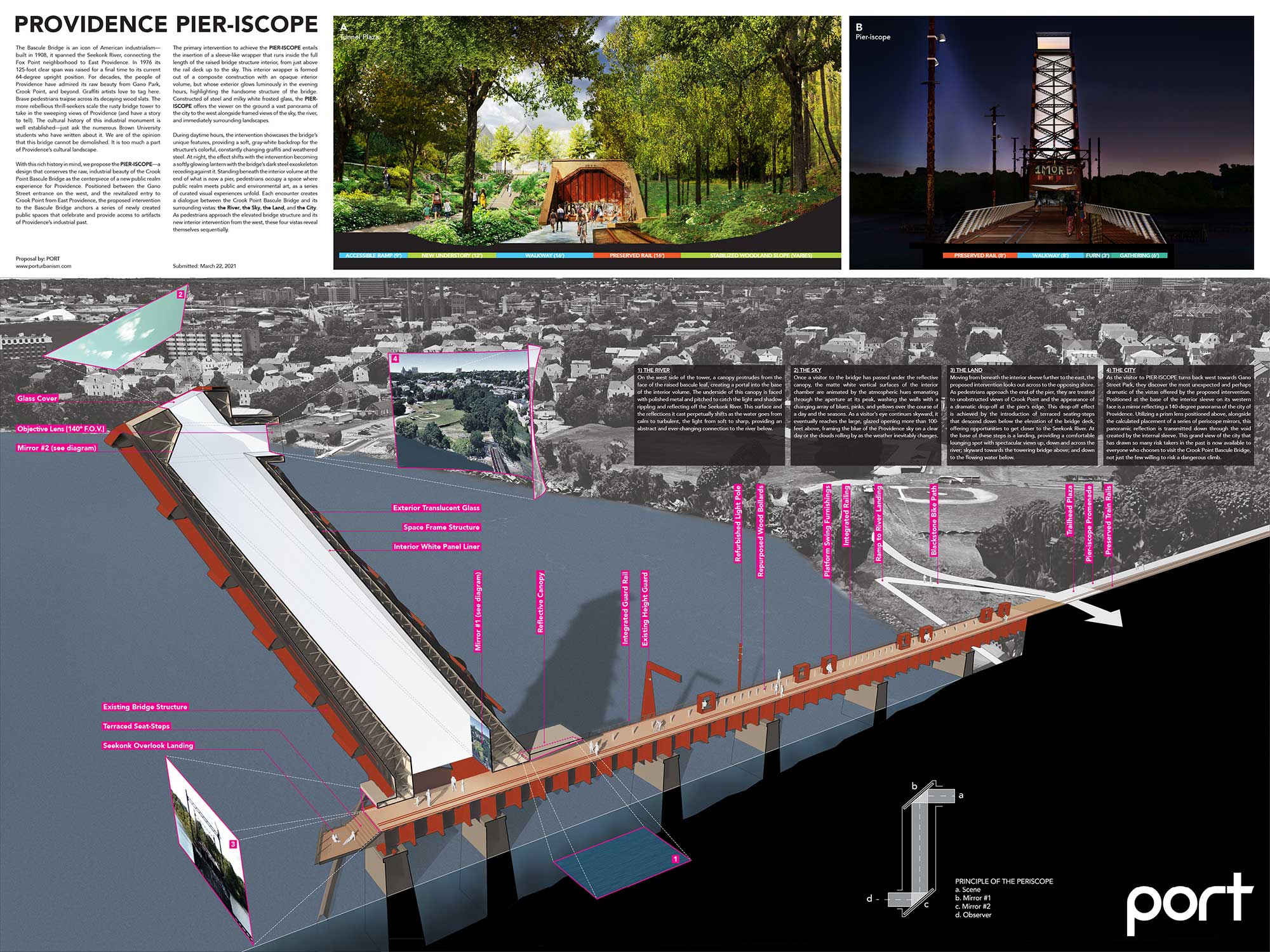 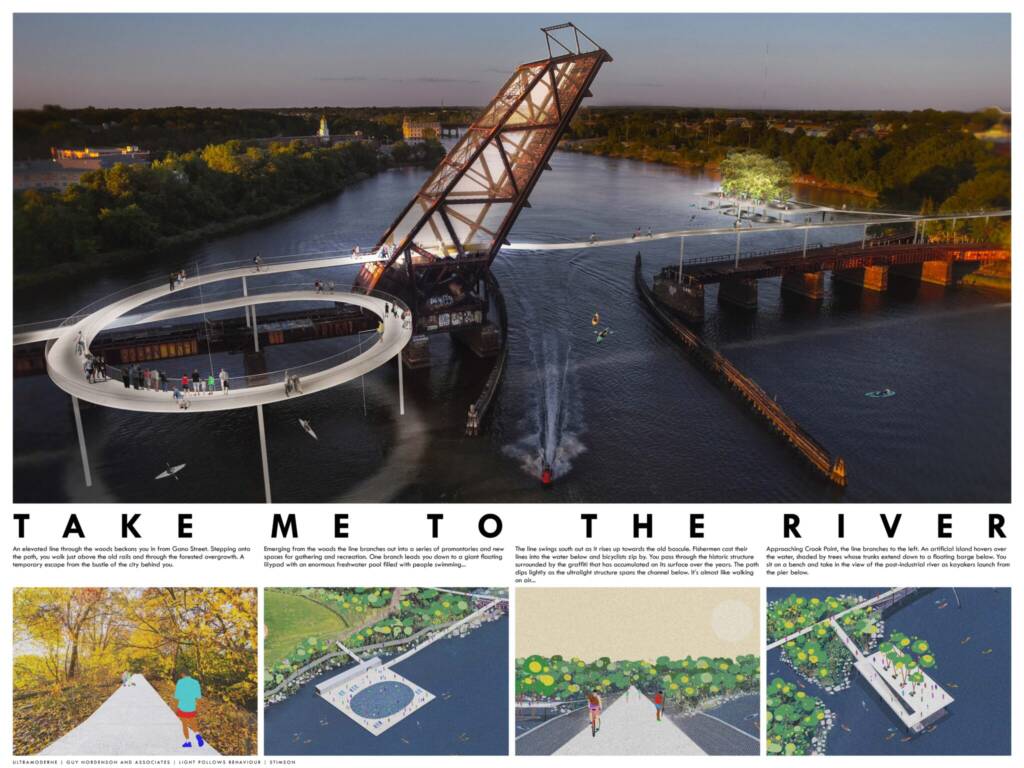