“The use of dirt bikes and ATV’s on our City streets is illegal and they are a serious danger to the public,” said Mayor Elorza. “These vehicles will not be tolerated and we will continue to confiscate and destroy them.”

Last year, the Providence City Council passed an ordinance allowing Providence Police to confiscate recreation vehicles operating illegally on city streets. To date, police have seized 46 vehicles, 17 of which were forfeited to the City, and 60 summonses have been issued.

City Council President David A. Salvatore stated, “I said it in 2017, and I’ll say it again, ATVs and dirt bikes don’t belong on our streets or in our parks. I was proud to stand with my colleagues on the City Council to speak out against this issue, and to support the legislation that empowered the police department to take real and considerate action against those who would use or streets and parks for this illegal activity. I would like to commend the police for a job well done, and thank them for ensuring our safety today and every day.”

Over the past year, the Providence Police Department Patrol Bureau has been actively working to rid these dangerous and illegal vehicles from the streets. Once the vehicles were turned over to the City, they became slated for destruction.  The 17 vehicles that were crushed today included various makes and models of ATV’s and dirt bikes.

“Last summer we witnessed a disturbing increase in the illegal use of ATV’s and dirt bikes on our streets and in our parks, causing a serious threat to public safety,” stated City Council Majority Whip Jo-Ann Ryan, Ward Five. “I am pleased to have sponsored and passed a law which empowered the police to confiscate and destroy illegally operated ATV’s and dirt bikes.” Council Whip Ryan continued, “Our Police should be commended. It is not easy to safely catch these bikes.  It takes ingenuity, persistence and dedicated Police work.  Police rely on community tips to identify locations and driving patterns. Today, I stand with Mayor Elorza, Providence Police Officials and my City Council colleagues in celebrating our success to date and demonstrating that we are serious about our ongoing effort to confiscate illegal bikes from those who threaten the safety and quality of life of Providence residents.”

“As the summer months approach, this event sends out a strong message that Providence Police will continue their efforts to rid all dangerous and illegal vehicles from our streets,” said Commissioner Paré.  “Individuals who engage in this unlawful activity will have their vehicles confiscated by police, and in some cases destroyed, ensuring they will not be back on the streets and in the hands of those who intend to violate the law and cause a serious danger to the community.” 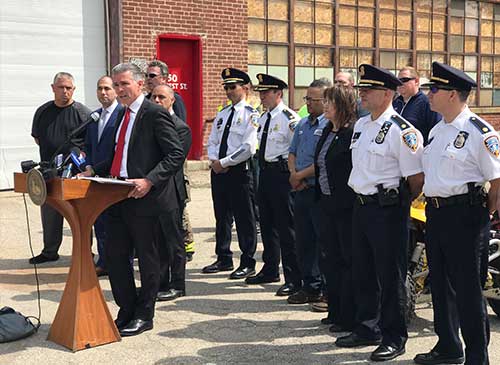 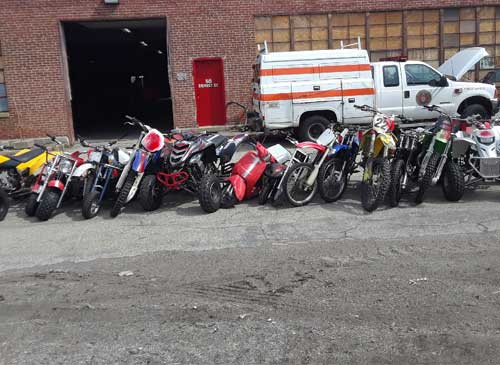