From July 2014 through December of 2015, the HCO directly assisted 1,873 residents to enroll in health coverage, including 1,431 new enrollments or re-enrollments of those who had lost coverage and 442 renewals. During this period, the number of Providence youth aged 19 and under enrolled in RIte Care (Medicaid and CHIP) rose by more than 4,000—from 28,894 to 32,971—according to the state Medicaid agency. This was achieved despite the challenges presented by the requirement that nearly all RIte Care enrollees enroll as if for the first time through the new HealthSource system. The HCO worked to reduce the burden of this process for low-income families. Most enrollees either had no gap in coverage or had a gap of just one month.

In 2016, the HCO facilitated the advancement of healthcare access between the Department of Human Services (DHS) and 11 American indigenous tribes from the Indigenous People’s Network of Massachusetts and Rhode Island.

Increasing Understanding of Health Data in Providence and Cities Nationwide 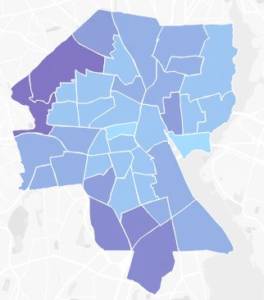 In 2016, Providence was chosen to be one of four pilot cities in the Robert Wood Johnson Foundation’s Municipal-level Health Data for American Cities project. This project is creating a common framework for understanding and benchmarking cities’ standings in widely accepted indicators of health and creating guideposts to improve urban health nationwide. This project is led by the New York University School of Medicine’s Department of Population Health and NYU’s Robert F. Wagner School of Public Service, in partnership with the National Resource Network. 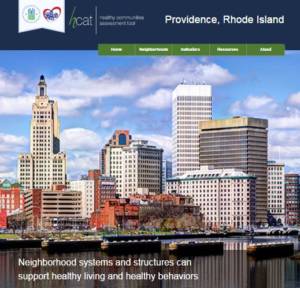 About Our Council Mayor's Coalition on Behavioral Health Meetings